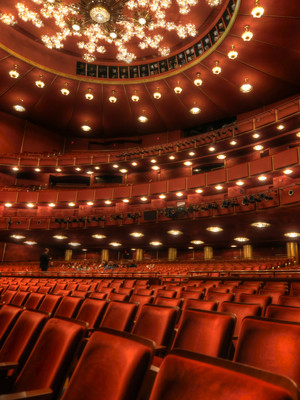 If you're happy to travel

Shen Yun presents colorful and exhilarating performances of classical Chinese dance and music. A performance by this company is a true representation of traditional Chinese culture as it once was: a study in grace, wisdom, and the virtues distilled from the five millennia of Chinese civilization. A non-profit organisation with spiritual roots, it is banned in modern China, however it continues to take the rest of the world by storm.

WHAT CAN I EXPECT?

For every performance season, Shen Yun unveils an entirely new lineup of dances, songs, and musical scores. This current show is takes its inspiration from the China of 5000 years ago, the so-called 'Middle Kingdom'. It was a place of divine harmony, populated by dragons, sages and immortals. Shen Yun will bring this lost civilization back to roaring life in front of your eyes.

Based in New York, Shen Yun Performing Arts was established by a group of Falun Dafa practitioners in 2006. They use the performing arts to revive the essence of Chinese culture - all 5,000 years of it - which is traditionally considered a divinely inspired civilization. The group is unwelcome in its spiritual home of China, as the Communist Party is officially an atheist regime, and does not endorse the spirituality shown in the show.

Suitable for all the family, however some theaters may not permit children under the age of 5. Please check with your local venue.

Two hours including one intermission

100 Performers including a live orchestra.

Based in New York, Shen Yun Performing Arts was established in 2006 with the mission of reviving 5,000 years of divinely inspired Chinese culture.

Alice: “It is a wonderful experience”

Sound good to you? Share this page on social media and let your friends know about Shen Yun Performing Arts at Tennessee Theatre.